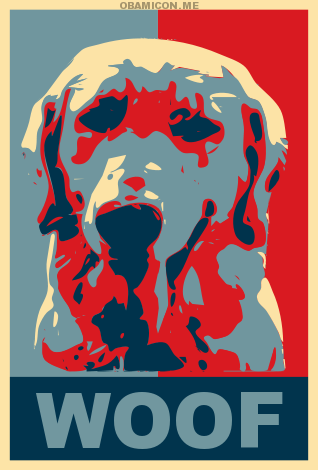 Jerry Brown lives in my hood and few months ago Romeo greeted him in an outdoor patio where he regularly has coffee with his wife. He was nice, petting Romeo and telling me about how he used to have Golden Retrievers and how long they lived.

For some reason, anyone I pass on the street who has ever had a Golden, and I mean ANYONE, insists on telling me how old THEIR Golden was when he died. This is just a bizarre and inappropriate thing that everyone does, and Jerry was no exception.

Anyway, I just saw Jerry having dinner across the street from my house, and Romeo again ran onto the patio to greet him like they were long lost friends. I love that Romeo is the great social equalizer.

Jerry knows I’m a fan but I had just seen Whitman’s latest ad and I literally had to bite my lip to not blurt out “Uh oh… hide your wallet…” because at the time I thought that would have been so freakin hilarious.

Upon reflection, I’m glad I kept quiet. I was on my third glass of wine.

Oh well – petting my dog may be the equivalent of kissing babies during an election, but I like that Jerry’s so accessible AND he’s a dog person.

Meg Whitman on the other hand, is a whore. 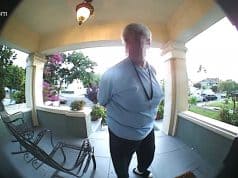 You can Ring my Bell 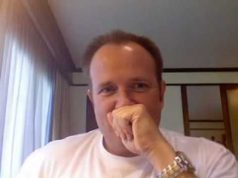 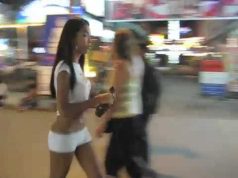