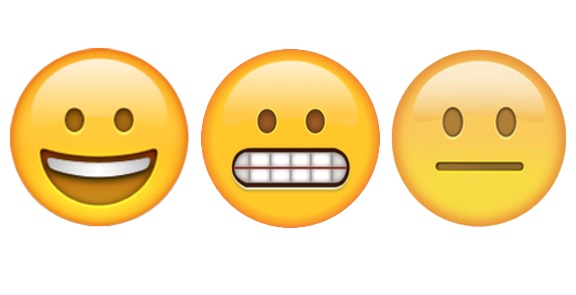 My smile routine on my morning walk goes like this:

The lip pinch says “I might smile if I knew more about you.” You can’t just keep looking at them the whole time, or they’ll think you’re insane, so it’s important to look at the ground until you’re close enough to pinch or smile at them for a brief but bearable length of time.

I thought of this today as I was passing a tranny hooker. They’re pretty common in my hood — Las Palmas gets a lot of squirrels, feral cats and trannies. And I tend to not smile at them, because a) they’re often fierce and I’m afraid they might yell at me, and b) I don’t want them to think I’m looking for sex. Even though I love shopping in any form, I’d rather spend my money at HSN. On the other hand, I don’t want to add to the oppression they’re probably already feeling. So if a noncommittal lip-pinch would be oppressive and ignoring them would be insensitive and a smile might be misconstrued, I had to whip out a totally expressionless face. Which I didn’t even know how to do until I remembered this smiley: 😐

It seemed to work — she passed me with the baffled look that any tranny passing a life-like mannequin on the street would have. And I think everybody won.

(Note: if you’re one of those angry people who don’t like the term tranny, imagine I’m saying trainee. “Hi I’m Methany, and I’ll be your hooker tonight. Candida will be shadowing me — she’s a trainee. Also she has a penis.”)

Next up was an Indian guy (dot not feather), who seemed nice enough in the distance but combed his hair straight down all around leaving vertical comb paths, like a garden that hadn’t been planted yet. And my thought was that giving him a smile would be a tacit endorsement of someone who in his 40s still hasn’t learned how to comb his hair.

But he was smiling in the distance so I don’t want to hit him with a suspicious lip pinch if he’s gonna be all smiley, because then I’M the asshole. So I decided to throw caution to the wind and bust out a smile, because I want to be a light in the world and I should just smile at everyone, even when their hair is a disaster.

When I looked up he was already smiling and downright wide-eyed about it, but his hair was even more chaotic than I had first noticed. I fantasized about saying “Good morning! You know, if you just take a half second to run your fingers through your hair like a normal, you won’t have those insane lines and I bet a lot more people would smile at you.” And he’d do it and say “Wow – what a difference! How can I ever thank you?” And I’d just laugh and say “Please — it’s what I do!” and we’d high-five and they’d tell that story in his family for generations.

Or else he’d say “It’s just a wig I’m wearing because the chemo made my hair fall out. It wouldn’t have been my first choice, but my mom bought it for me before she died last month, so wearing it is my way of remembering her on this morning walk that we used to take together.”

As his eyes well up he’d continue. “The doctors say it doesn’t look good, so I’ll be joining my mom in Heaven soon where hopefully we’ll be able to walk together again. Life is such a gift.”

And I’d say “Look even if it’s a wig it’s not gonna kill you to just push the strands back a bit with your fingers. Anyway this is my PowerSong so I gotta go — tell your mom I said hi.” 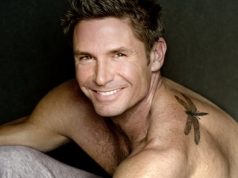 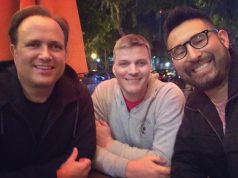 Memories may be beautiful and yet 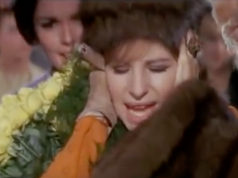 How to handle a noisy neighbor (Streisand edition)