Took a 20-hour flight on EVA Air from LAX to Bangkok via Taipei last night. I was thrilled when the tourist board decided at the last minute to fly me to Thailand on their dime, but was less than thrilled to discover it was in coach on an airline I’d never heard of. I’m not one to look a gift horse in the mouth, unless the gift horse doesn’t come with champagne, lip balm, and slippers. Turns out EVA Air is actually the biggest airline in Taiwan, and they handle massive amounts of cargo. My flight was not that bad actually. The worst part of the experience of course were the security lines at LAX. I really don’t understand how IKEA has no problem processing millions of customers through a very specific route in a short amount of time, and yet our government falls apart when it comes to organization. How does it make sense for me to wait an hour to check in, then take my own luggage over to another line for another hour wait, just so I can hand it to the 24-year-old who’s still trying to graduate from 6th grade? This is security? Call me crazy, but can’t the TSA just set up shop behind the check-in counters? And how does this make anything safer? If anything, standing in line for two hours contemplating the bureaucracy involved made me made me want to bomb the flight myself. 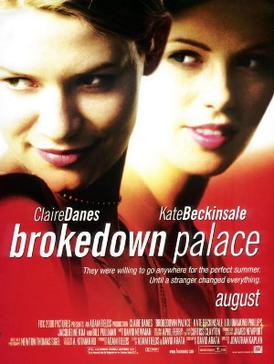 Anyway, for some stupid reason I decided to watch Brokedown Palace the night before I left, because it happened to be on HBO, so I was a little freaked out about dealing with the Thai government and was positive that everyone around me was trying to plant drugs in my suitcase so I’d end up in a Thai prison for life. The first customs official I ran into was such a total BITCH I swear I thought I was being Punk’d. She was so livid I had not filled out my little form in advance she was literally screaming at me. In Thai of course. I don’t know if it’s just the sound of the Thai language, but in English we just sound bitchy and sarcastic when we’re upset. She sounded like I was holding a knife to her child’s throat. I said “I didn’t have a PEN and I could not FIND one in the AIRPORT,” and I bit each word for what I thought was emphasis, but this tactic was like trying to stop a tidal wave with a toothpick. She pushed me aside and screamed for the next person in line, while I quietly filled out my form and tried to stop my lip from quivering.

After winding my way through the Bangkok airport for about 5 minutes, I realized I was being followed by two security officials. As I passed some scaffolding, I contemplated leaping up and going all Bourne Ultimatum on their asses — climbing the scaffolding like a monkey and swinging across the airport before crashing out a window to my freedom as they all stood there helplessly yelling into their radios. But I haven’t worked out in a year and the thought of lifting my own body weight was a substantial obstacle. Plus they probably would have just shot me dead before I even reached the scaffolding and it would have been the worst action sequence ever. So when they asked me to follow them into a little room, I acquiesced, after quickly scanning the airport for what could very well be the last images I see as a free man. Thankfully most of the heroin I brought was still up inside me, but it’s always humbling to watch two officers rifle through your underwear. They asked me about the two suspicious plastic bags of Chinese tea that my doctor insisted I take with me to stay healthy (thanks Sabena!), and then held up every vitamin supplement I brought with me for an explanation. In a misguided attempt to save space, I had dumped all my supplements into separate plastic bags to make everything look as much as possible like a stash of illegal drugs. I don’t think they really spoke any English at all — I guess they were just listening to the tone of my voice and watching for sweat on my brow.

They finally let me go and with the jump of freedom in my step I made my way to the gate, thinking this must be exactly how Nelson Mandela felt when he was released from prison. Except he had just spent 26 years in a tiny cell on Robben Island and wasn’t listening to Maroon 5 on his iPhone.

Landing in Phuket was made a skooch more exciting after 89 people were killed in a plane crash here the week prior. Of course that plane crashed in a dark sky during a torrential downpour, whereas as we prepared for landing, the sky was clear and beautiful.